A/V modding the RCA Studio II (with other mods too)

I wanted to make a history of the RCA Studio II as my second post but this will have to wait for the moment. Now some of you may wanted to mod your Studio II with composite video and audio output for quite a time now and to say "bye-bye!" to the dreaded RF switch box, well now here's your chance. 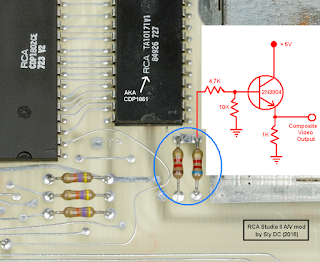 First, you need to find the two resistors (those circled in blue) and where those two resistors are connected, you will need to do the following circuit (in red) to amplify the video signal. The two resistors just below the CDP1861 (aka Pixie) are the SYNC and VIDEO combined. After doing the circuit now is to test it if it works or not. To solder to GROUND, you can solder on the metal RF modulator as it is grounded and as for the +5 Volts, either take a multimeter and find a solder point which has the +5V or you can simply solder directly to the 9 Volts input.

If everything is OK, then this should happen: 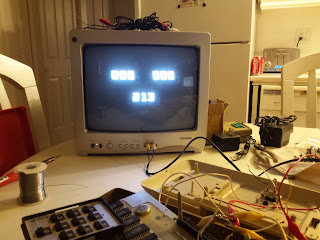 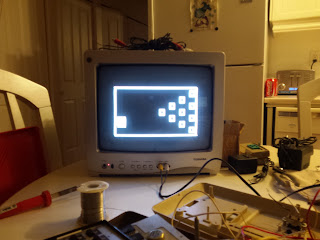 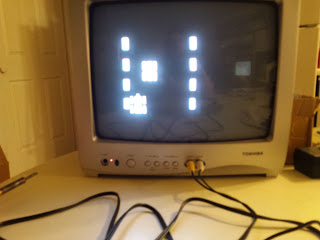 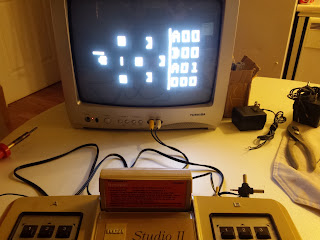 And as you can see on the last picture, there is a switch and a Coleco Perma Power plugged in the Studio II. Those are other simple mods i added as i have thrown out the RF switch box at least a year ago. Check the pictures just how i've done it: 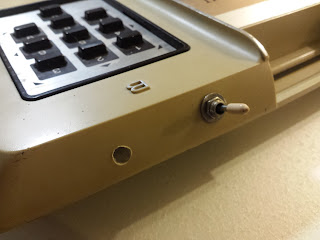 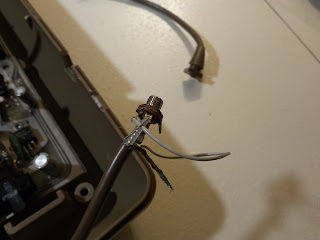 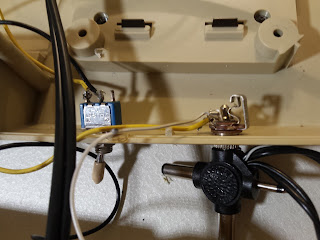 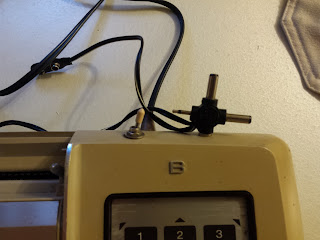 As you can see in the second picture, i reused the RF cable to connect the 9 Volts input jack as the cable is already isolated (and a way to recycle too!). And the last mod i did a the last minute was to install a green LED which blinks each time a sound is made (great if you muted the "BEEP" while listening to music). To do this i used the tape circuit of the Cosmac VIP and modified it as i takes a hex inverter but i used a 2N3904 (love those little transistors!) to invert the signal.

Check the video i have posted on my Youtube channel:


Now it's very late and i'm almost sleeping on the keyboard so good night folks! (RRrrZZzz....)